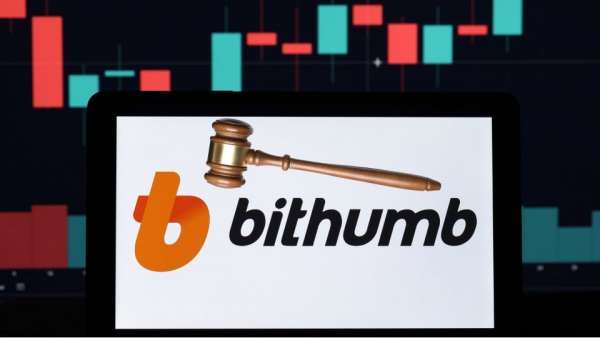 © cryptodaily.co.uk
Lee Jung-Hoon, the former chairman of South Korea's Bithumb exchange, was declared not guilty of fraud over the failed acquisition of the exchange according to a report by the Korea Economic Daily.  Accusation In October 2018, Lee was accused of violating the Act on the Aggravated Punishment of Specific Economic Crimes while negotiating with the founder of the cosmetic surgery company BK Group, Kim Byung-gun, for the acquisition of Bithumb.  Lee accepted a $70 million "contract fee" on the condition that Bithumb would list the Bithumb Coin (BXA) and use the token sale to pay for the acquisition. However, the BXA token was never listed and the acquisition fell through.  Acquisition failure not due to investors South Korean investigators determined that the failure of the acquisition was not due to Kim or other investors, but rather due to fraudulent activity. Bithumb stated that the company is run under a "professional management system," and that Lee Jung-Hoon "has no involvement in Bithumb's management." The news of Lee's acquittal follows the suicide of Park Mo, the Vice President of Vidente, who is Bithumb's largest shareholder. No show in Terra investigation In October of last year, Lee Jung-Hoon failed to appear as a witness at a hearing of the Korean National Assembly's Political Affairs Committee after being summoned. He was one of six witnesses called to testify in the ongoing investigation into the collapse of Terra, which had a $40 billion valuation. Lee cited panic disorder and claimed he was no longer involved in the management of Bithumb as a reason for not appearing. Disclaimer: This article is provided for informational purposes only. It is not offered or intended to be used as legal, tax, investment, financial, or other advice.

Make sure you enter all the required information, indicated by an asterisk (*). HTML code is not allowed.

back to top
Disclaimer: As a news and information platform, also aggregate headlines from other sites, and republish small text snippets and images. We always link to original content on other sites, and thus follow a 'Fair Use' policy. For further content, we take great care to only publish original material, but since part of the content is user generated, we cannot guarantee this 100%. If you believe we violate this policy in any particular case, please contact us and we'll take appropriate action immediately.

Our main goal is to make crypto grow by making news and information more accessible for the masses.