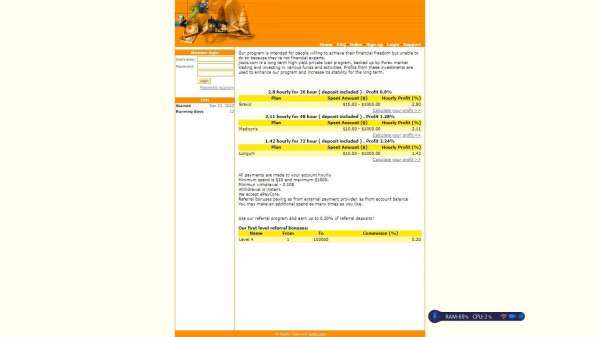 Our program is intended for people willing to achieve their financial freedom but unable to do so because they’re not financial experts…Continue reading on Medium »
Published in News
Be the first to comment!
Read more...

Medium: Tutorial: How To Revoke Your Smart Contract Approvals 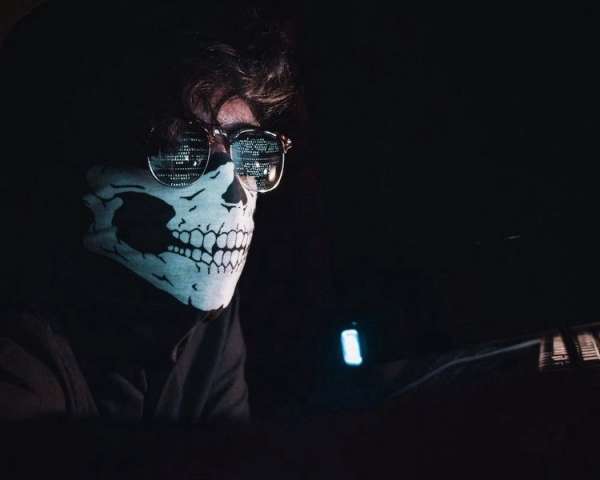 Periodically revoking your smart contract approvals is a healthy way to protect your wallet safety. This article will show you how to do…Continue reading on Medium »
Published in News
Be the first to comment!
Read more...

Watcher Guru: Shiba Inu: BONE Spikes by 10% Over the Last 7 Days, Here’s Why 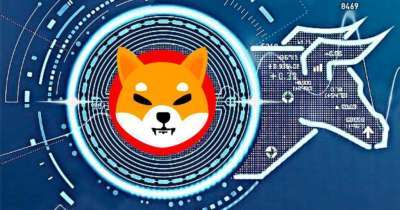 A major part of the industry was impacted by the prolonged bear market. However, adoption was unaffected by this.…
Published in News
Be the first to comment!
Read more...

newsBTC: Ol’ Reliable Litecoin Up By 7% As LTC Flexes Muscles For 2023 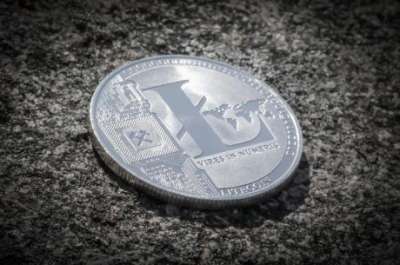 Known to be one of the oldest cryptocurrencies in the world, Litecoin (LTC) has been making headlines as it reported record high transaction numbers. According to the altcoin’s official Twitter account, it has serviced 39 million transactions as of December 29.  Add on to this the accompanying news that it has also hit second place in the unique addresses metric which grew to 52 million. These very bullish developments led to the token pumping 7% in the weekly timescale, according to Coingecko data.  The Litecoin Network completed over 39 million transactions in 2022. A new record! ⚡$LTC⚡ pic.twitter.com/DXbnuur2tI — Litecoin (@litecoin) December 31, 2022 2022 Leaving Marks – Will 2023 Be A Healing Year? The current developments are certainly bullish, but this didn’t come without a cost. Like the broader crypto market, LTC’s value has definitely suffered. According to CoinGecko, the altcoin dropped in value by 50.4% on the yearly timescale.  However, the new year seems to bring a renewed sentiment for LTC. A Reddit post regarding the altcoin’s 139,000,000th transaction quickly summarizes the sentiment surrounding the old altcoin; bullish and very appreciative of what the coin brings to the table.  Litecoin added 52 million new addresses to the network in 2022. The second most of any crypto. #YearInReview pic.twitter.com/p5jAr9wZI0 — Litecoin (@litecoin) December 30, 2022 Litecoin, compared to smart contract providers on Ethereum, is commonly used as a payment method on Bitpay, the oldest cryptocurrency processor in the market.  In just one year, monthly Litecoin use, with the worlds largest crypto processor, increased 109% 🚀 pic.twitter.com/DBXe6OTdib — Litecoin (@litecoin) January 2, 2023 Between August 2021 and November 2022, payments using LTC increased by 109%, from 3,478 to 24,207. Transaction share of the altcoin on the payment platform is at 27%, almost trumping the other altcoins available on the platform.  Bitpay and the community cited multiple reasons as to why adoption of the coin as a payment method grew but one metric stands above all: runtime.  Nearly 100% Runtime For Litecoin Since Inception LTC has overwhelming advantage in the runtime department compared to other altcoins. This certainly attracted investors and traders on the trust issue, the most important social metric a cryptocurrency can have.  Related Reading: Solana Up 13% Since Yesterday, A Sign Of Brighter Things to Come? LTC total market cap at $5.3 billion on the daily chart | Chart: TradingView.com According to Jameson Lopp, CTO and Co-Founder of Casa HODL, LTC’s runtime in the past 10 years has been near 100%. Quite a feat for an altcoin released 11 years ago. With adoption increasing and a new bullish sentiment formed on LTC, the coin is expected to have a reinvigorated price in the coming months.  Related Reading: SushiSwap Head Chef Suggests Cooking Up New Token Model – Will The DEX Survive 2023? With LTC’s halving coming this year, we should see the altcoin’s price increase in the next coming months as well. Short-term, analysts think that LTC will break towards $100. But LTC faces significant resistance at $76.48 and $77.98 price resistance levels. If the bullish sentiment and the current steady momentum continues, we’ll see LTC in that price level in no time. -Featured image Fool.com
Published in News
Be the first to comment!
Read more... 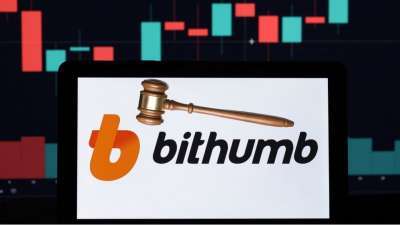 Lee Jung-Hoon, the former chairman of South Korea's Bithumb exchange, was declared not guilty of fraud over the failed acquisition of the exchange according to a report by the Korea Economic Daily.  Accusation In October 2018, Lee was accused of violating the Act on the Aggravated Punishment of Specific Economic Crimes while negotiating with the founder of the cosmetic surgery company BK Group, Kim Byung-gun, for the acquisition of Bithumb.  Lee accepted a $70 million "contract fee" on the condition that Bithumb would list the Bithumb Coin (BXA) and use the token sale to pay for the acquisition. However, the BXA token was never listed and the acquisition fell through.  Acquisition failure not due to investors South Korean investigators determined that the failure of the acquisition was not due to Kim or other investors, but rather due to fraudulent activity. Bithumb stated that the company is run under a "professional management system," and that Lee Jung-Hoon "has no involvement in Bithumb's management." The news of Lee's acquittal follows the suicide of Park Mo, the Vice President of Vidente, who is Bithumb's largest shareholder. No show in Terra investigation In October of last year, Lee Jung-Hoon failed to appear as a witness at a hearing of the Korean National Assembly's Political Affairs Committee after being summoned. He was one of six witnesses called to testify in the ongoing investigation into the collapse of Terra, which had a $40 billion valuation. Lee cited panic disorder and claimed he was no longer involved in the management of Bithumb as a reason for not appearing. Disclaimer: This article is provided for informational purposes only. It is not offered or intended to be used as legal, tax, investment, financial, or other advice.
Published in News
Be the first to comment!
Read more...

Medium: What Caused the FTX to Collapse and What Can We Learn From It? 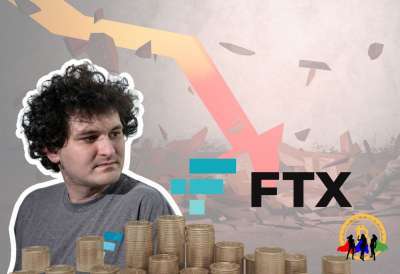 On November 11, 2022, FTX, a significant cryptocurrency exchange, and FTX.US,Continue reading on Medium »
Published in News
Be the first to comment!
Read more...

What a year it has been for the broader crypto community but in particular for White Whale. This article will get you up to speed as to…Continue reading on Medium »
Published in News
Be the first to comment!
Read more... 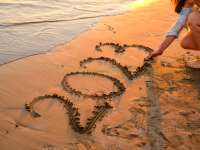 May the waves of the new year bring about economic prosperity and wash away the doom and gloom of a recession.Continue reading on Medium »
Published in News
Be the first to comment!
Read more...

Medium: On-chain vs Off-chain Transactions in Cryptocurrency: Understanding the Differences

In the world of cryptocurrency, there are two main types of transactions: on-chain and off-chain. On-chain transactions occur directly on…Continue reading on Medium »
Published in News
Be the first to comment!
Read more...

ZyCrypto: The next web3 community building innovation of 2023: BULLZ Challenges

WOM Protocol Pte. Ltd. – Singapore: While airdrops have long been one of the most popular marketing methods for web3 projects to incentivize early adopters, WOM Protocol has announced a new airdropping tool, BULLZ Challenges to airdrop tokens as rewards for actual community participation. The BULLZ Challenge Launchpad states to “make airdrops fun”, by enabling […]
Published in News
Be the first to comment!
Read more...

Disclaimer: As a news and information platform, also aggregate headlines from other sites, and republish small text snippets and images. We always link to original content on other sites, and thus follow a 'Fair Use' policy. For further content, we take great care to only publish original material, but since part of the content is user generated, we cannot guarantee this 100%. If you believe we violate this policy in any particular case, please contact us and we'll take appropriate action immediately.

Our main goal is to make crypto grow by making news and information more accessible for the masses.